The ‘gig economy’ has become a highly popular catchphrase among those discussing the labour market. Essentially, it refers to a trend in hiring independent contractors, freelancers and contingent workers, rather than traditional full-time workers, with a massive influx of workers now opting for this form of employment.[1] It’s not only Australia that the gig economy is flourishing in. Observers all over the world have noted that interest in traditional employment is plummeting, while contract work is on the rise.

The recurring question remains, can the gig economy really present a win-win situation for both the employer and worker?

Employing contingent workers can be of great benefit to employers who embrace the changing labour market. These companies are able to tap into an on-demand and rapidly increasing pool of exceptional talent. Nimble companies can identify which area of their business could benefit from a speedy deployment of skills and employ contract workers accordingly. Independent contractors typically bring to the company their specialised expertise, meaning they can be productive immediately, without the need for the time and cost of training. In this way, companies can gain extremely skilled and efficient workers to improve their business, while at the same time minimising their overall costs. 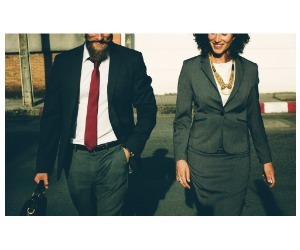 Though independent contractors typically earn more per hour, they end up costing the company far less. This is because employers do not have to pay a number of expenses that are awarded to full-time employees, such as upkeep of office space and equipment. Moreover, companies are not required to pay independent contractors for benefits such as, holidays, and sick leave, which can easily increase payroll costs by 30% or more.[2] Employing contingent workers also liberates the company from managing the workers tax and superannuation, as these are responsibilities that are taken on by the worker themselves (or provider where appropriate)

Hiring contingent workers allows the company a great deal of flexibility in their staffing projects. As these individuals are only employed for fixed-term or project-based contracts, the company will not be saddled with unused/under-utilised workers. This can be particularly advantageous for companies with fluctuating workloads, as they can modify their number of employees to meet their present needs. 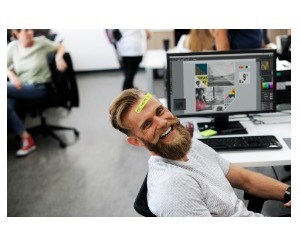 The Contractors professional pathway is not dependent upon the unforeseeable future of the company or constraints imposed by management structures. Free from this stress, they are empowered to design their working commitments to complement their individual commitments, needs and goals. The negotiable nature of contract employment also makes it easy for workers to readjust their working commitment, in order for them to respond to unexpected events in their own lives.

Contract employment offers a far greater deal of control of one’s working environment. Workers are able typically able to choose their own hours, their place of work, who they will work for, and how much work they will do. As well as typically gaining far higher remuneration rates than their permanent counterparts, the control contingent workers have over their taxes and work related expenses can enable them to gain further financial benefits.

The flexibility offered by contract employment has a vast amount of benefits for the worker[3]. As they are not constrained by set times in an office, workers can maintain a far healthier work-life balance, with an unlimited amount of time they can take off for holidays. Though they are not paid for annual leave, contract workers are more than able to support themselves for time-off, as it is not uncommon for contractors to earn twice as much as permanent counterparts. Equally, the flexibility in working locations makes it possible for contractors to continue working while traveling. 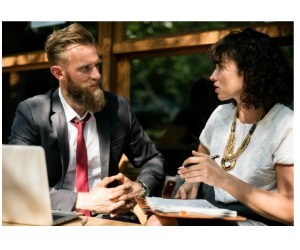 Contracting is an incredible and inexpensive way to broaden one’s skills. Due to the variety of working environments and positions that a contractor is exposed to, they naturally gain a rich skillset that will ensure they maintain relevancy within the employment industry. By constantly taking on new jobs, contractors ensure that they never stop learning, and therefore never run the risk of becoming bored in their professional life. This bank of broad experience will see them becoming highly sort-after by future employers.

The diverse nature of working life means contractors are constantly meeting new people in difference locations and industries. Their broad network of connections can open untold possibilities for future employment, and advancement within the employment market.

After examining just some of the many benefits of contract employment for both the contractor and worker, it is not hard to see why the Gig economy’s popularity is rapidly increasing. It is clear that the gig economy is the way of the future, with an increasing percentage of newly created jobs since 2001 being that of contingent arrangements. For this reason, it is vital that both individuals and companies embrace this shift in the labour market, if they intend to remain relevant within the Australian workforce.